It was back to two backpacks now.  The nice part about hiking for 8 days is that you only need to bring one.  I left the other in the hotel.  Clamoring to the bus station, I rode to Punta Arenas.  Another coastal town about 4 hours further south.  It was here, the following morning, that I met again with the same couple from Torres del Paine as we were scheduled to go on the same penguin tour on Magdalena Island.

Oh, those penguins.  Unfortunately, I didn’t get to see them on the Galapagos Islands, but I couldn’t miss them entirely!  At the peak of mating season, there are apparently 60,000 couples.  I’m no math nerd (I AM an accounting nerd), but that means 120,000 penguins roaming on a small island no larger than one square mile.  Lots of penguins.  I only managed to see a fraction of that but they were just as cuddly and small as any number of penguins might be.

It was terribly windy and cold, but we mustered through the trail and snapped some pictures before returning to the boat.  We couldn’t make the second leg of the trip to the sea lions island nearby due to weather, but I’d seen those before anyway.  So we roughly zipped back to land and rode back to town.  That night, we shared a last meal before a small choking incident led to a quick goodbye.  And with that, it was on to the next chapter!

At this point, it was all transport.  I needed to get back to Esquel where I had been roughly one month earlier and I needed to get there quick.  My time was running down on this trip and I wanted to fit as much as possible into my final weeks!  Of course, all the while I was starting to set things up for surprises back home as I planned to return earlier than advertised…

So I started by taking a bus back to Puerto Natales, the base of Torres del Paine.  The next day I took a bus to Calafate.  From there, I took a long bus the following afternoon to Esquel.  It took 30 hours of buses over the 4 day period but I reached Esquel!  Unfortunately, the bus to the next destination, Futaleufu, was not until the following morning.  So I sat tight for the night and took off the next morning.

It was a vigorous process crossing the border from Argentina to Chile once again but after a 5-hour ride to cross 50 miles, I’d arrived!

Futaleufu is not a busy town.  It’s a basic place and it was shoulder season.  That meant that restaurants only sold a few dishes, sometimes just one dish.  But it was a very cozy town with beautiful green mountains and rushing rivers surrounding it.  And those rivers were the reason I was here.  The Futaleufu River is one of the best for rafting in the entire world.  Apparently, the world rafting championships were hosted here 5 years ago.  I was excited for my first stint riding class 5 rapids here!

I decided at the last moment to go camping.  For both financial and nostalgic reasons, I wanted to be out in the middle of nowhere.  I was reminiscent of the experiences in Torres del Paine and wanted a piece of that action again.  It was perfect.  Being shoulder season, there were no more than 2 other tents so I had the place to myself.

The following morning, I signed up for a rafting tour that went through the entire route of the famed river passing rapids with timid names like The Terminator and The Rock House.  It was incredible.  The deep blue water that was as clear as glass.  We rumbled through the rapids that included a class 2 rapid which we swam through rather than rafted through.  We were splashed and kicked and turned different directions but we paddled to our guide’s desire through each section.  We even took a quick break to jump off a rock ledge 12 feet high.  Unfortunately, the video of this heroic feat was never taken, so of course it never happened.

I remember feeling that the trip was short by the time we finished.  I was still ready for more, but after a few hours rafting on this incredible river we were done.  Just as climbing a mountain feels incredible once you’ve peaked it, finishing a rumble down the river feels much the same.  It was a beautiful day and I celebrated it by getting dinner at a restaurant rather than cooking it myself.  Pasta, either with pesto or tomato sauce was my choice.  I decided to live a little and get pesto. 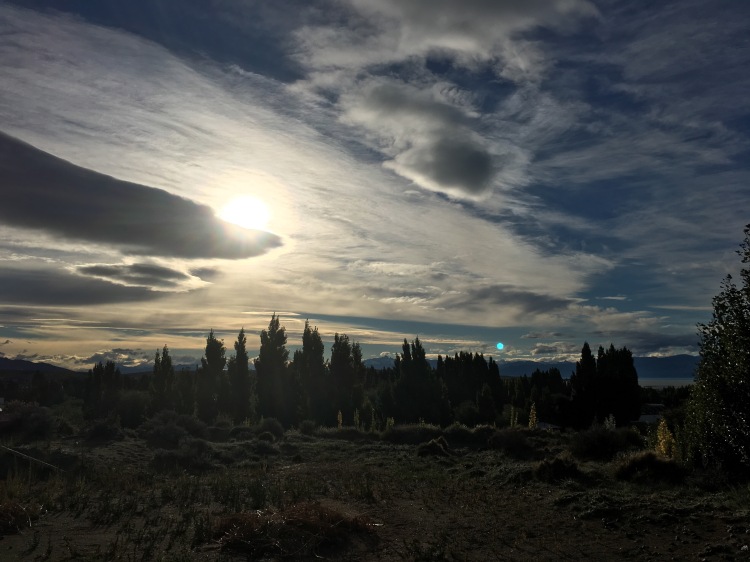 One thought on “The Road to Futaleufu”