So for this post, I’d like to focus on about 2 weeks of time.  These two weeks were one of my most highly anticipated ones, right next to spending time in Colombia for what I think to be obvious reasons.  But was the time I’d be spending in and around Torres del Paine national park.  This was one of the biggest, if not the biggest reason I wanted to come to South America.  The stories and pictures I had heard of this magical scene were just that, magical.  It captivated me and I was enthralled by the thought that I had the opportunity to spend time there.

So to start, I took a very early morning bus (6am) from my cushy hostel in El Calafate for Puerto Natales and my last new country in South America, Chile.  It was a difficult ride, spending about 3 hours on a bus, 1 hour unloading all my bags to be checked for customs (they are very strict about any sorts of produce being transported), reloading my bags, and continuing by shuttle for another hour or two.  But we finally arrived and I filtered my way through the town by foot until I reached the hostel.  It was a good enough place, I’d only be there for one night so I spent that day walking around town a bit and feeding my panging stomach.  After eating my fill, I went to bed early that night and awoke to meet a lovely Dutch couple with whom I’d spend most of the day.  After having breakfast at a cafe, moving hostels, and listening to an extremely informative park info session, I prepared myself for the next day, the day I’d be going to Torres del Paine!

I met my cohort which included just two others, a crazily kind couple from Pennsylvania and Connecticut.  They would be my trusted companions throughout this adventurous week and I couldn’t have been more thankful!  We rode through the entrance of the park and suddenly found ourselves at the foot of incredible peaks and spires swirling above the clouds, topped with snow and mystique.  We weaved among the foothills to a ferry that would carry us to our first resting place in the park, an easy first day lacking the challenge of any hiking.  We would be camping that night, and we had a great dinner that had me rolling out of the cafeteria.  Me and the kind couple shared a few drinks in the bar upstairs, eyes all twinkling with the anticipation of the hiking coming in the following week.

It rained that night, a fair warning of what was to come.  We rose early for a hearty breakfast and slugged our “rain proofed” packs onto our still blissful shoulders.  To reiterate, it was wet.  It continued raining steadily all day.  We started at about 10:30am and made lunch at a campsite along our trail.  It was a misfortuned site with poor bathrooms and a gloomy look with the cold, hard rain slipping from the tree leaves and sky.  So we finished quickly and made headway for the day’s destination.  Slipping and even falling once or twice through the afternoon, we all made it to the refugio and campsite beneath the Cuernos towers.  Unfortunately, the poor weather throughout the day prevented us from having any opportunity to see the French Valley, one of the two main attractions of the park.  However, we compromised as the clouds cleared just shortly before sunset and we had spectacular views of the Cuernos towers and the edge of Paine Grande peak, poking out just behind the towers from our view.

It was a surprise to me, having “enjoyed” boxed wine on several occasions, that when we tried the boxed wine (Clos) in the park it was some of the best wine I think I’ve ever had.  This isn’t saying much as I’m no connoisseur, but believe me, this stuff was a gold mine.  We enjoyed luscious cups of the drink each night as we recollected the events and sights we’d seen.

The next day was more challenging that the first, which was actually the easiest day of the entire trek.  A light appetizer sampler to prepare us for a heavy steak for each day that followed.  On this day, we were tricked by our sense of direction into thinking that we’d finished some of the difficult climbs of the day already.  In fact, we were only about halfway at that point.  We trudged up the hill, appreciating more greatly with each step the difficulty of the trek.  Thankfully on this more difficult hike, the sky was clear and cooperative to see more views of the Cuernos towers and other equally beautiful views.

We finally arrived at the next refugio and camping area, the one from which we’d climb the namesake peaks of the park, and the main attraction.  The Torres del Paine.  But before we did that, we enjoyed a delicious dinner that included salmon and several courses.  I was very impressed with the meals in each of the refugios that we were provided, both by the taste and by the presentation.  Hiking for a week in a remote national park didn’t bring me thoughts of delicate meals served on ceramic plates.  But that’s what we had.  We shared this meal with some amazing people, as would be the case all throughout the park.  As it always is, it’s about the people.  The views of the park were in this sense just a glorified medium to meet these people and I’m thankful for both of these benefits!

The next morning, rising at 5am we took a hike in the dark with headlamps lined in a row as we all climbed to the base of the tower with the iconic views.  After about 2 and a half hours of hiking and climbing up some technical trails, we finally made it!  And just in time.  Clouds hovered over the torres and quickly descended within 20 minutes of arriving, but we got our pictures and our time with these incredible toothy ridges ascending from a clear blue glacial lake, fed from endless sheets of ice just aside the torres.  It was incredibly cold once you stop moving at the viewpoint, so after less than 30 minutes we climbed down the equally difficult trail back down to our resting place the night before.

It was a fulfilling and amazing adventure for our first few days.  This piece of the circuit was called the W, the trail being a rough outline of a W if done in entirety.  It ended with us returning down to the next refugio and campground which was a luxurious one by standards of the last few days.  It was also here that we met some amazing doctors at our preassigned dinner table.  What started out as friendly conversation quickly turned to additional boxes of wine and a dreamy night of sleep.  Once again, people prevailed as the highlight of the park.  We knew we’d see more of them as we were lined up to meet our last night in the park, but more on that later.

So this concluded the final stretch of the W as the next morning we’d start the even more remote and certainly more tranquil portion of the park trails.  We would also be accompanied by a guide, caring for us and showing us some of the lesser known beauty of the park.  More on that in the next post! 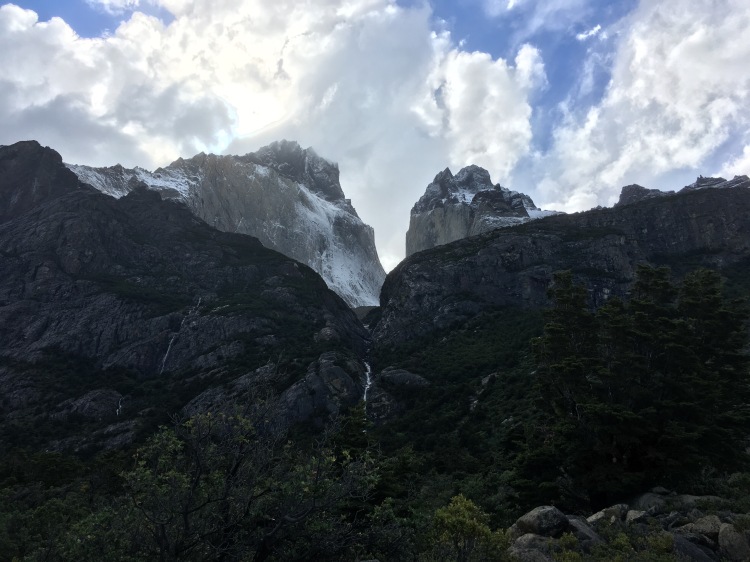 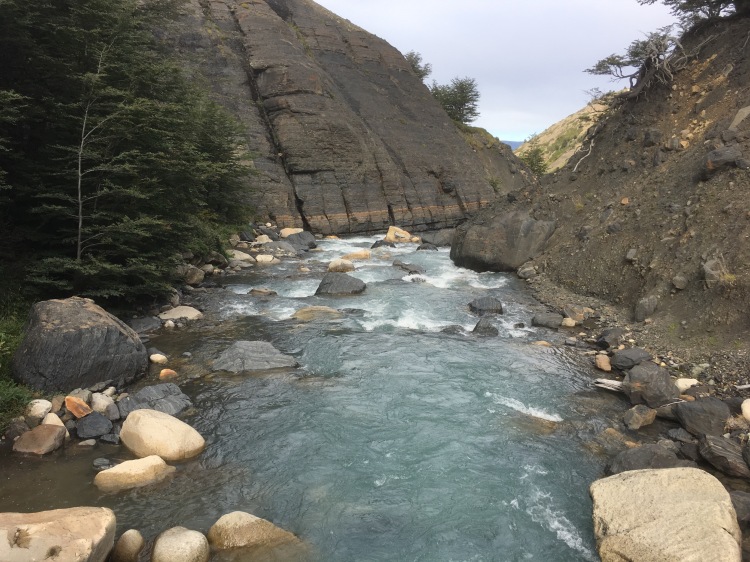